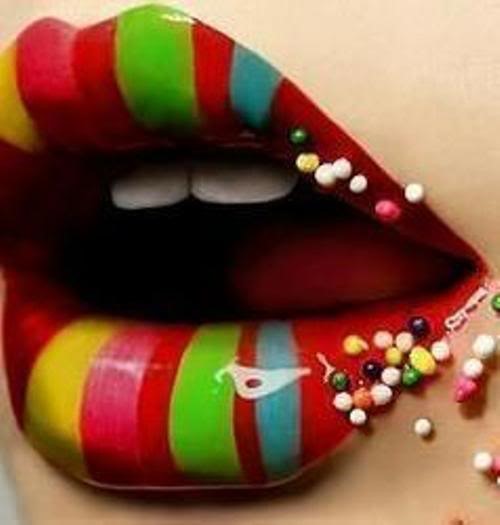 I'm terrified of you. Yes, you- Director of Photography (DP). Your framing is beautiful, but your lighting could kill me, and my career. I am the Makeup Artist, and I don't believe we've met.

In most Film schools they're still teaching using film in this digital age.  Same is true with Makeup schools. We had the chance to see our work over and over again on film as we tried out different designs and techniques . No one questioned what would happen when confronted with the harsh reality of the HD movement in today's industry.

My first experience working with an HD Red camera was absolutely horrific. I was one month out of makeup school and the only advice I'd received from my teachers about working with HD was to be as light-handed as possible. I had been warned as not to use lipgloss (On camera it looks more like an oil-slick on the talent's mouth) and to stay away from anything too shimmery.

For this low-budget production, the script called for six couples on "Friday night dinner dates" at some dimly lit restaurant. The men got a little shine-reduction and concealer where needed, and the women got a more dressed-up version of themselves.  All but one, who was supposed to look "hot" in a "trashy, cheap sort of way". The actress had bad skin to begin with, and this "light-handed" business was just not cutting it. I made the executive decision to cover up her pock-marks, thinking it was better to see makeup than craters.

Oh boy, the cover-up was the least of my problems.  Everyone had gotten powder to reduce the shine caused by hot lights and lack of air-conditioning on this 4 a.m shoot. – and you could tell!  The director kept telling me the actors were looking shiny, or cake-y- or shiny AND cake-y. I coyly made my way over to the actors and tried to  remove some of the makeup, then I reapplied some some regular translucent powder to soften the shine, also taking down some of the "smokey eye"  eyeshadow  on "Hot Girl" that seemed to have the same mica powder in it. I peeked over the Directors shoulder to look at the actors on the monitor and I was appalled at my work. I could see every single pore on the actor's face, no matter what I did!!  I had prided myself on having a fully-stocked kit, with stuff that boasted HD-grade ingredients and powders milled finer than confectioners sugar. But none of that mattered- the Director hated me because I couldn't fix the "weirdness" he was seeing; and needless to say  I was not asked to come back for future projects.

In retrospect, I think the person he should have really been talking to was the DP. Maybe the lighting was off? I don't know. I did everything I could think of,  that which was humanly possible, to make these actors look good…But who was I to step on anyone's toes?

In the old days of shooting on film, one could get away with just about anything.  "Film tends to be more kind…Now with HD, they're doing things like more filtration, or softening of the light, or degrading the image so it's not so highly defined." John Toll, an Academy Award-winning cinematographer, was quoted as saying in an MSNBC story written by contributor Michael Ventre. "It's sort of what they used to do in movie star close-ups, an over-diffused style to try to make them look glamorous. Now they do it so you don't see every pore in a close-up on skin."

I left that shoot feeling defeated, as if I had failed miserably at my craft. "This was a learning experience" I consoled myself.  Not giving up, I looked into airbrush makeup and other techniques to hone my skills as an HD makeup artist, never considering that I should learn a thing or two about lighting, and the new technology coming out.

Typically on a feature the Director would get the final say after being shown various mock-ups/tests of the assorted makeup in question by a Makeup Department Head, or Key Artist. The Department Head would then relay this to the Key Makeup Artist, and then The Makeup Department would execute the looks on the talent. But where in all this transfer of power is the bloody D.P? They should be involved in this process. Tests are super important; they allow both the camera and the makeup departments to adjust contrast, highlights, shadows and contours before the actual shoot day (not to mention, wardrobe and hair), saving time for everyone involved. Makeup artists work on a 3D canvas, and have tools to contour, hide or bring out features that you'd like to see.

Am I suggesting a test shoot for every Webisode, and short you will shoot? No. Just for the big stuff--prosthetics, special effects, period makeup or anything NEW that hasn't been done before. Communication between DP and makeup is important. Makeup conveys an attitude, a mood. There is a lot that can be achieved- This means everything-- from hiding jowls and creating jawlines, to Benjamin Button-style age makeup's. Just ask if it's possible. This will mean less  time in the editing room,  and less photoshopping.

Article by Michael Ventre can be found online at msnbc.

I love those lips!

Hard lighting was probably the culprit.

hi thanks for the info... you poor thing that job sounded like a real nightmare! you must of felt really bad after that experience, they way you descirbed it was very funny though! sounds like you learnt alot by this.