In January of this year, I went to Kuwait with director Fawaz Al-Matrouk to complete photography for the film "To Rest In Peace".  We shot the majority of the film in Southern California, duping air force bases, homes, and beaches for authentic Kuwaiti locations.  Because traveling was a significant theme for the film, we went to the small, nearly deserted island of Failaka (about 20km off the mainland).  Captured by the Iraqi army and deserted by its citizens almost 20 years ago, this island was a ghost town that served as an ostensible back lot for both our driving plates and b-roll.  Untouched since the invasion, abandoned police stations were still covered with bullet holes and shell casings, cars were still parked in driveways, and the cats roamed free.

Below is a link to a montage of the footage we captured in our few days on the island.  As we were leaving, we learned that demolition of the town would begin the very next day.  As Fawaz says, "Failaka had remained until that moment an island frozen in time."  Enjoy.

The video features the original song "Salamun Salam", scored for the film by composer Leah Curtis.  It was recently nominated for an award at the 2010 Hollywood Music in Media Awards. 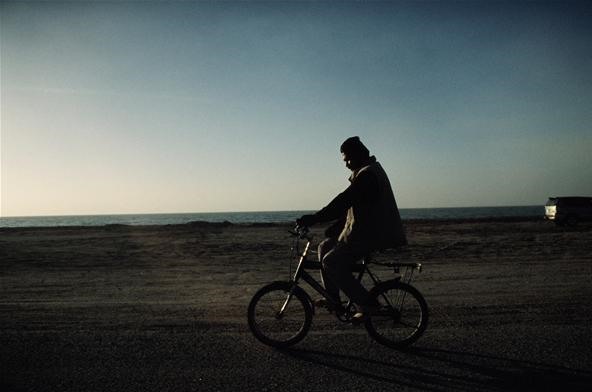 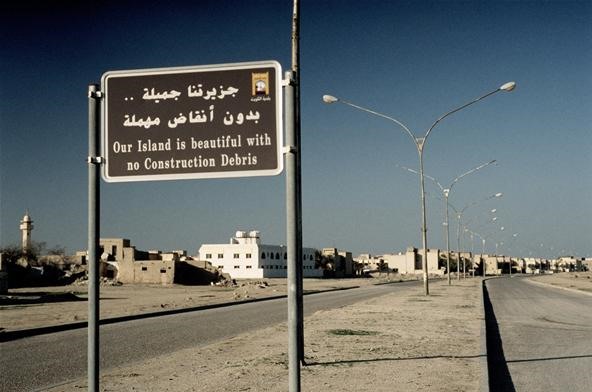 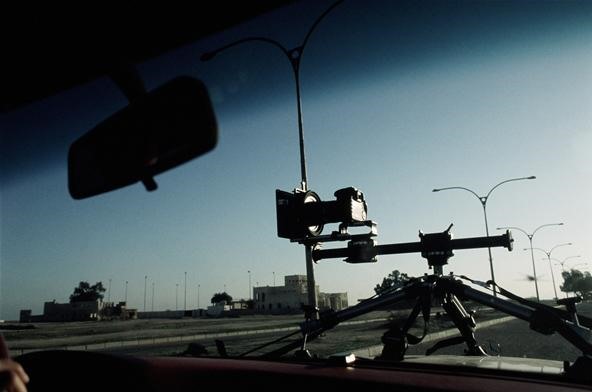 Join the Next Reality AR Community

Get the latest in AR — delivered straight to your inbox.

Absolutely fascinating! Any idea what the guy on the bike does on the island. He seems like a lonely hermit cat herder.

I wish I knew. Cat herder probably isn't too far off though...